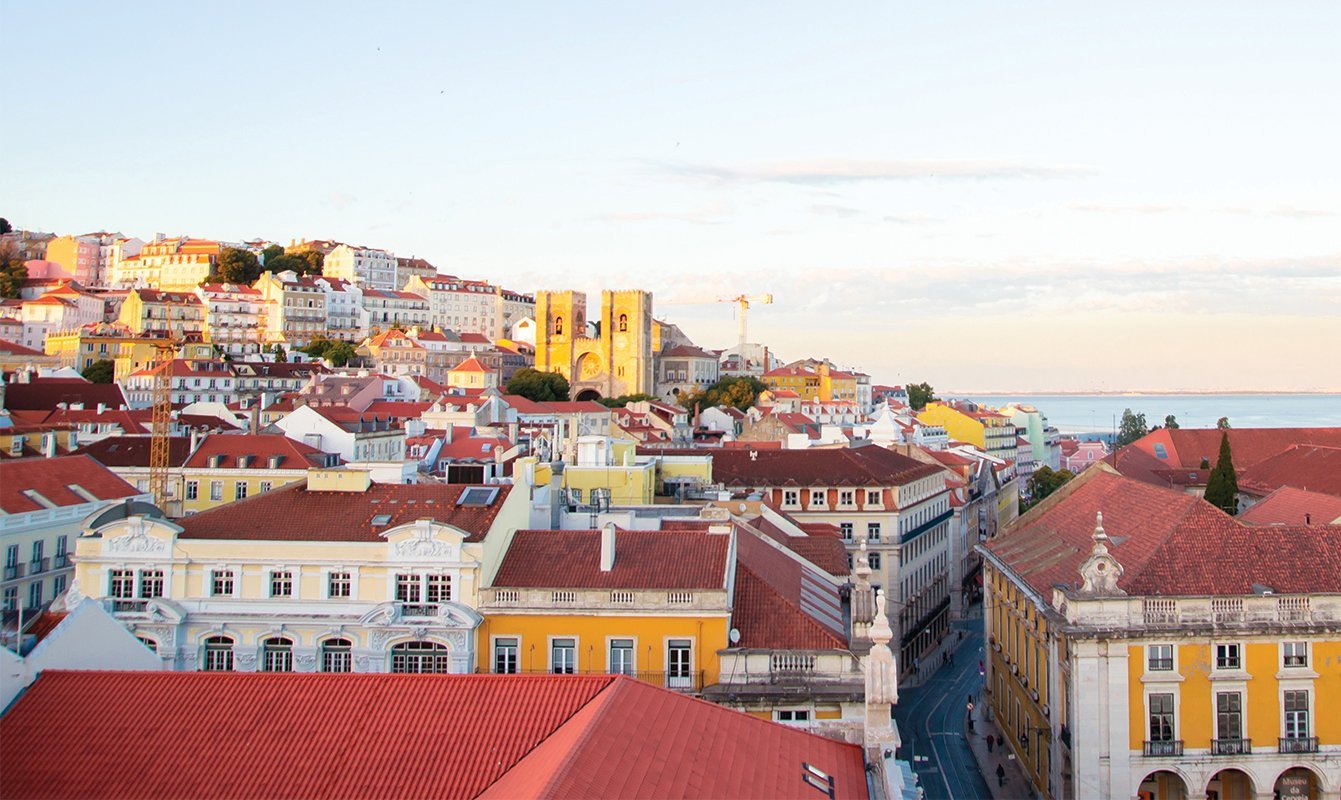 With its historical architecture, exceptional cuisine, gorgeous views, and friendly hospitality, it’s no wonder that Lisbon is one of the top vacation spots in Europe. When planning your Lisbon itinerary you want to make sure you include some of the best restaurants, sites, and things to do. Behold, our ultimate travel guide to Lisbon, Portugal.

First things, first, my best piece of advice before coming to the sunny capital of Portugal: wear, take, buy, whatever you do, you MUST have non-slick shoes. This is almost as vital as bringing underwear. Also, bring your appetite for the freshest seafood of your life.

May – June; September – October; Christmas (obviously you can visit during other seasons)

February could also be an option if you’re keen on Carnaval festivities but the BEST month is June (13 June specifically) because of Santos Populares, which is when the whole country celebrates the saint from their town by decorating the streets with banners and eating the most delicious grilled sardines and drinking ginjinha. It’s basically a month-long festa but can be more subtle, depending on the area.

Did you remember your non-slick shoes? Well, that’s a must, other than that, what you pack really depends on when you will be visiting Lisbon. Here is our travel guide to what to pack depending on the season:

The weather in Lisbon is never too cold and it starts getting warm around April. In fact, you’ll probably see people already swimming in the ocean as early as March. Temperatures are warm Apr-Sep, the peak travel time. The warmest (without being too hot) times to travel to Lisbon are between May-June and Sept-Oct. The weather isn’t too hot and not too cold, it’s just about right. Fun fact, Portugal is one of the best European countries to visit in the fall. So what should you pack?

The months Jul–Aug is hot, sunny, and dry. So make sure that you pack:

The weather gets much colder from November until March. If you do plan on heading to Lisbon during this period of time, you should pack:

Public transport in Lisbon is not the absolute best in all of Europe, but better than others. You should have no problem navigating the metro and buses. Plus, the airport is super central. Uber works really well here and is super cheap. You have probably heard about the famous Tram 28. If you’re on a budget, then try to catch it at the end of the line: Campo de Ourique (Prazeres) instead of at Martim Moniz.

OTHER TIPS: If you want to schedule a walking tour in Lisbon, then check out Take Lisboa and ask for Maggie. Super knowledgeable staff. If you want a private transfer to Sintra, then ask for a guide named Guedes! Send us an email if you need his number.

If didn’t already know, the official language of Portugal is Portuguese.

Here are a couple of words and phrases that can come in handy during your trip to Portugal:

So, would you say that Portuguese people mostly speak English and you can get around in the city even if you don’t know a lick of Portuguese? Definitely. Lisbon is a touristic city, which means that the majority of people that you will meet while wandering through the cobblestone streets will be able to talk to you in English.

breakfast (pequeno almoço) – typically Portuguese just eat a light breakfast consisting of a croissant/small pastry, an espresso, and an orange juice, but here are some other options for breakfast or brunch:

// another cute option if the weather is nice would be to have a stroll in LX Factory on a Sunday afternoon and have lunch there.

lunch (almoço) + dinner (jantar) — typically Portuguese eat lunch around 13.00-14 and dinner at 20h/21h but obviously you can eat whenever you’d like. Try to eat bacalhau (codfish) because it’s famous around the country! Octopus is also fresh everywhere.

// If you have time to kill one afternoon or for sunset, I would highly suggest hopping on the ferry from Cais do Sodré Fluvial Terminal to Cacilhas and then walking to the restaurant Ponto Final in Almada to eat! You should definitely make a reservation as tables fill up quick!

If Portuguese cuisine isn’t your groove, here’s a list of the best international restaurants:

dessert (sobremesa) — I have rather large sweet tooth, but honestly, portuguese sweets don’t excite me so much because typically they’re a bit too dry or too sweet, but they can do a wonderful chocolate mousse. I would suggest gelato if the weather is nice, either from Nannarella or Gelato Davvero (both Italian owned.)

It would be breaking the law, practically, if this article didn’t mention the staple of Portuguese sweets: the pastel de nata.

Only 3 persons on earth know the secret recipe of the original pastéis from Belém, which are obviously the tastiest ones (no further comments) so make sure to visit the shop while in Lisbon.

beer (cerveja) there are two main beers in Portugal called Super Bock and Sagres, which you can find everywhere, but if you’re keen on trying some breweries:

Opt for red wine from Alentejo, Douro, or the region Dão. White wine is good from Setúbal, Alentejo or Monção e Melgaço. Moscatel from Setúbal is delicious but is a bit sweeter. Vinho Verde (green wine, but not really green) is from its own region in the north and is best during the summer because there is a little carbonation and less alcohol content. Vinho do Porto is typically drunk after a meal and is a must-try while in Portugal.

*another famous liquor in Portugal is called ginjinha and is made with cherries. Head on over to A Ginjinha near Rossio Square to try some!

Here are som places where to purchase wine:

Once you’ve finished eating and drinking, take a walk and see some of these amazing sights in and around Lisbon Portugal if you have the time:

Most weekends, there are little markets all over the city! Looking for a city guide to Lisbon’s off-the-beaten-path gems? Basically a small guide to Lisbon? Check out our article about Lisbon’s 10 hidden gems.

Our city guide to Lisbon wouldn’t be complete if we didn’t mention some weekend getaway destinations. If you are looking to escape the city for the day, then here are some day trips that you can go to:

Along the Cascais line, the best beaches are São João and São Pedro do Estoril.

along the Sintra line, the best are Praia do Guincho, Praia da Ursa, Praia da Adraga, and Praia das Maçãs. If you have time, I would check out Azhenhas do Mar.

If you have a car, drive across the April 25th bridge to Costa da Caparica or Fonte da Telha. However, the best beaches are in a national park called Arrabida: Ribeira do Cavalo and Praia de Galapinhos. These can also be done as a day trip from Lisbon.

If you plan on taking a road trip to Porto, there are a number of beautiful stops along the way. Here are ten amazing places that you can visit if you are driving from Lisbon to Porto. Also here are a couple of day trips that you can take from Lisbon.

// So, hopefully, this little city guide to Lisbon helps you on your way to exploring Lisboa! But, don’t worry if you fall in love with the city (or the incredibly kind people) after the first day! 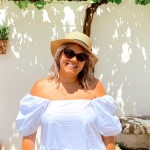