One of the first things you will probably notice while on a trip to any Portuguese city is that almost every restaurant advertises “bacalhau.” No matter if you go to Porto or Braga in the north, or all the way down to the beautiful beaches of the Algarve​​ in the south, bacalhau is a thread that connects every corner throughout the country.

But what is bacalhau? Bacalhau is codfish and the star of many local dishes here in Portugal. The Portuguese love this northern fish so much that today it is part of their national identity. They even have a saying that states that there are at least 365 ways to prepare bacalhau in Portugal — one for each day of the year.

This might seem like an overstatement, but the travel experience and a conversation with any local about their beloved Bacalhau will prove you wrong. Everyone in Portugal grew up eating this dish in their day-to-day routine and also on special occasions. And if this isn’t enough to make you believe how big a deal bacalhau is in Portugal, the facts speak for themselves and the truth is that the country is the biggest consumer of bacalhau in the world.

The origin of this long-lasting romance

As you may know, Portugal does not have bacalhau in its sea, since it is a fish from more northern waters. Nowadays 100% of the cod consumed in the country is imported as they stopped their cod fishing industry in 1974. The majority of bacalhau comes from Norway, Iceland, and Russia.

However, once imported the Portuguese salt and cure the bacalhau so as to preserve it for longer periods of time. This is how they prepared it since the very beginning when fridges still didn’t exist.

So where does this love for cod come from then? Why not fall for a more accessible fish? Everything started when the Scandinavians used to travel to the Portuguese coasts in the 10th century to look for salt, which was something they needed and yet didn’t have back home. It was at this time that they introduced bacalhau to the Portuguese.

It became a food staple for Portuguese sailors and explorers, not only due to its nutritional value but also because it was something that they could eat during their long adventures through the Atlantic ocean. When dry, salted, and cured, bacalhau can last for over a year without having to be refrigerated. This meant that they could go exploration longer and farther, without the fear of running out of food.

It also helped the people who lived far from the ocean to incorporate good quality protein into their diet, as fresh fish and meat were not possible to get due to their price.

Religion also had an important role in its popularization, as there are dates on which Christians are not allowed to eat meat. If you didn’t already know, Portugal is a very religious country. On those occasions, bacalhau was and still is one of the essential guests at any Portuguese table, because it has always been seen as a humble ingredient that respects the solemnity and penance of the day.

So, the relationship between the Portuguese and bacalhau started as merely economic and practical, but with time, and as bacalhau became a staple in Portuguese cuisine, the vision around it gained new nuances, that lead it to the seat it occupies today: a central piece in the ABC of the Portuguese identity.

The “loyal friend,” another name that the Portuguese gave to cod (because it’s present every day) has gained a prestigious and versatile reputation that enriches Portuguese cuisine every single day.

But as there are so many different recipes that include bacalhau, which ones should you try when you come to Portugal? Make sure to pair your dish with a good glass of wine, here are our top wine shops in Lisbon to go check out.

Here is a selection of 5 typical dishes that everyone should try on their visit to Portugal. They mix vegetables, potatoes, olive oil, and spices, all symbols undisputed of the country’s cuisine identity. But no worries: if you prefer your cod simple: there is also something for you. Try the roasted cod in one of the thousands of grills displayed on the streets in the Santos Populares of June, though the star of that party is a local fish: the sardinha (sardine), but that is a story for another time.

This is one of the more popular bacalhau dishes. Its versatility allows it to be present in restaurants, bars, and in the typical Tascas — a kind of tavern where you can eat appetizers and drink. They are usually cheaper than actual restaurants. This is because it works as a lunch and a snack. It’s a great option to match with beer thanks to its ingredients: shredded cod, fried potatoes, eggs, onions, black olives, olive oil, and a little parsley on top.

Traditionally the name is attributed to a tavern in Barrio Alto named “Braz” who may have invented the dish at the end of the seculo XIX.

Also known as “Bolinhos de Bacalhau” in the northern part of the country, these are typical cod fritters and are also a great option to try as a main dish (with rice or salad), as an appetizer, or a snack. The regular recipe includes cod, potatoes, garlic, onion, eggs, and pepper, but in many places, the pastry is also filled with sheep’s cheese from Serra da Estrela, a very soft and creamy cheese that melts quickly and makes the “pasteis” even better.

In this recipe, Bacalhau also converges with another staple of Portuguese cuisine: olive oil, which is responsible for this dish’s name. Lagareiro refers to the “lagar” -press-, the place where olive oil is processed. This means that you’ll have plenty to dunk the bacalhau or your bread in. The Bacalhau or anything cooked “à Lagareiro” style, is considered a main dish, and includes potatoes, carrots, garlic, onion, cabbage, and other vegetables.

Even when in Portugal it’s not typical to cook seafood with cream or dairy in general. However, the Bacalhau com natas is an exception to this rule because it’s almost an institution among the menu for holidays like Christmas, and also very popular in restaurants. It’s the main dish and as its name says (cod with cream) includes cream, potatoes, and onion. Everything is crowned with a layer of cheese on top that softly melts on top.

This dish is not as common as the others on the list, but it’s a delicious option, so if you find it, go for it! The recipe may be a little different from place to place, but it’s very similar to Bacalhau com natas: the main difference is that this version includes grated carrot instead of potatoes, though some include the potatoes as well.

As you can see, Bacalhau is more than just an ingredient, it is a part of the Portuguese identity that reunites them as a country. For you, the invitation is to fall in love with it too, which is not going to be difficult because you can count on this: Portuguese are experts when it comes to Bacalhau and if any of the preparation above melts your heart, you’ll surely find one that’s right for you. 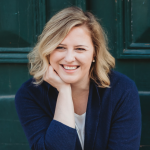